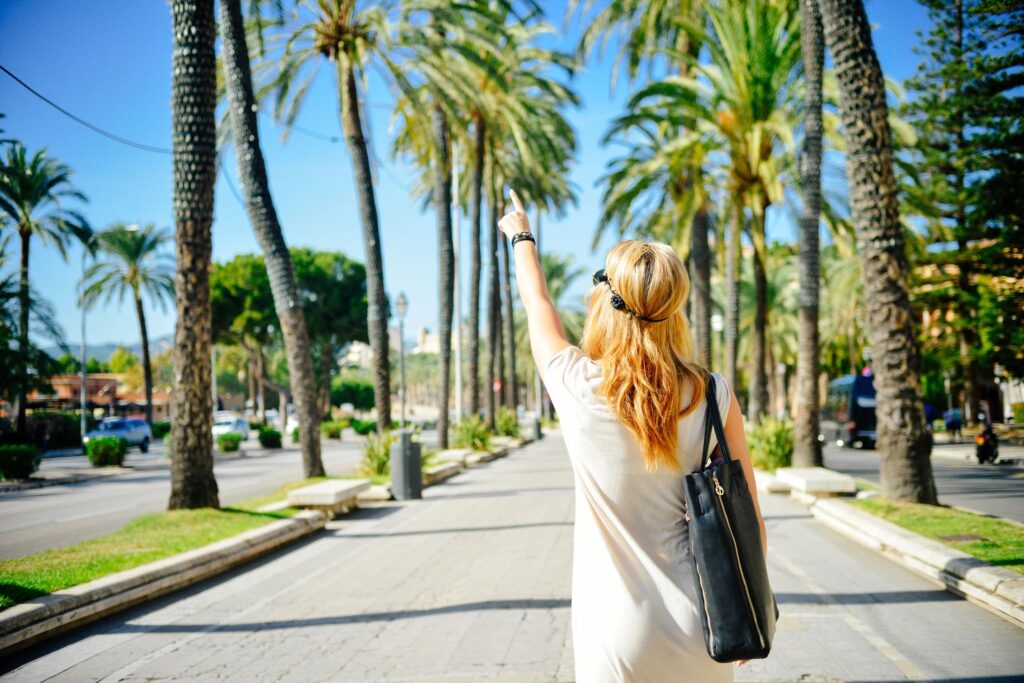 We want change but we don’t want to take the small steps to create change.

Daily affirmations are the small step you can take to create lifelong abundance and help you reach your highest self.

An affirmation is a thought or belief you repeat to yourself until your subconscious mind accepts it as true. This practice has been used for hundreds of years to rewrite your belief system and release thoughts that no longer serve you. 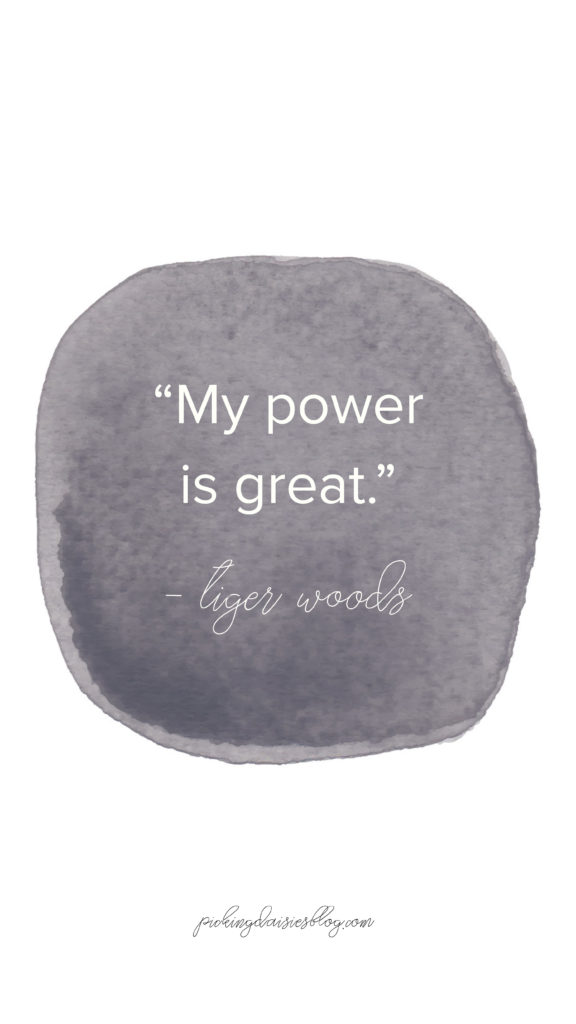 I started practicing affirmations about five years ago when I started diving into my spiritual experience. However, you don’t have to be spiritual to reap the benefits of daily affirmations. In fact, hundreds of successful men and women attribute their success to the daily practice of affirmations.

Tiger Woods, Gary Keller, Oprah Winfrey, to name a few, all attribute their success to the practice of daily affirmations.

At the age of 6, Tiger Woods asked his psychologist father for a tape on affirmations. From there he listened to the tape everyday and then posted the affirmations he was listening too all around his bedroom. “My power is great”  “I smile at obstacles!”,” “I believe in me” “I focus and give it my all”. By 2nd grade Tiger Woods was known all around the United States in the golfing community.

“If I’ve learned anything in life, it is that if you believe something is possible, you tend to focus on the constructive means necessary to make that possibility a reality. I’ve also learned to believe the opposite. If you don’t think something is possible, then you will be blinded to the ways it could be done. It’s like a self-imposed blind spot.” – Gary Keller, co-founder of Keller Williams Realty International – The Millionaire Real Estate Agent 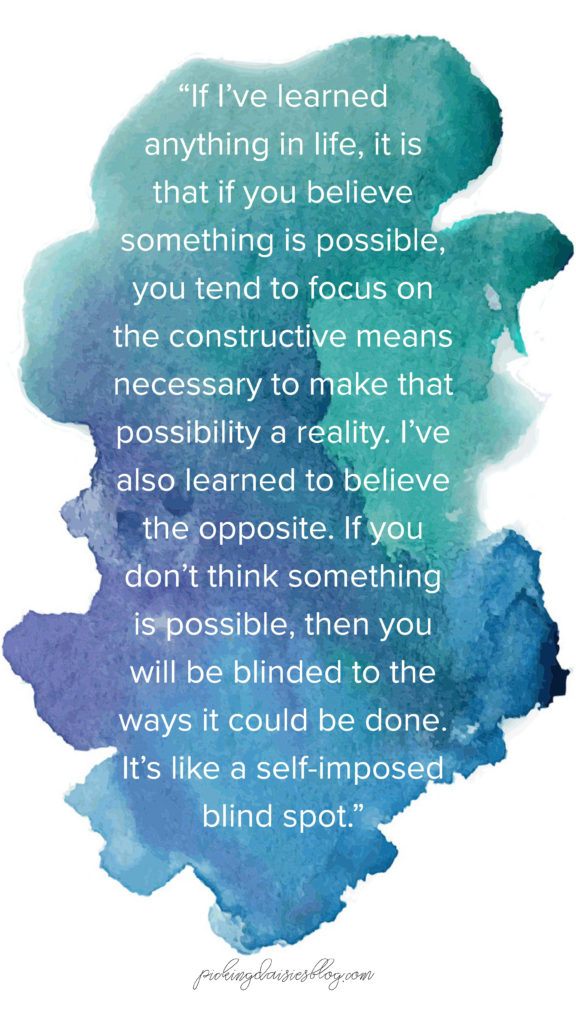 “Don’t complain about what you don’t have. Use what you’ve got. To do less than your best is a sin. Every single one of us has the power for greatness because greatness is determined by service—to yourself and others.”-Oprah

“These, and many other commonly observed phenomena tend to show that it requires a minimum of about 21 days for an old mental image to dissolve and a new one to jell.” –Maxwell Maltz (1960)

Maxwell Maltz was a plastic surgeon in the 1950’s who realized after working with a client, it would take them about 21 days to start to accept their new appearance. After watching these same habits happen time and time again, he did further research and found on average, it takes a minimum 21 days for your brain to accept something new. If it is a habit, a thought you continue to think, or a change in your appearance/life., it takes 21 days for you to start to accept it in your reality. 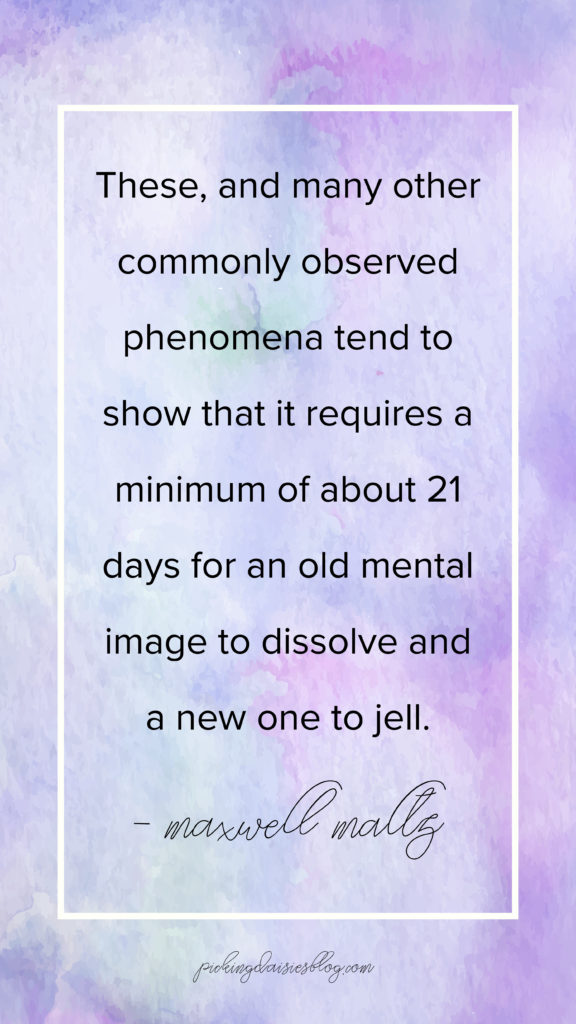 Then in the 1970’s two neuroscientists, John Grinder and Richard Bandler, did a study on affirmations.

First they spent weeks studying the most successful psychotherapists. Watching their thought patterns, habits, and even the words they use in general conversation. After watching their behaviors closely, they theorized that success is attainable and achieved by increasing positive behaviors and eliminating negative ones.

Grinder and Bandler then started working on understanding Meta models such as language patterns. They were looking to see if language patterns limit understanding and possible outcomes.(Center for Coaching Certification, 2012). What they found is our subconscious mind works as a barrier trapping us into repeating the same thoughts. You probably don’t realize it but you have at least 100 recurring thoughts you think daily. It’s sad to say, but most of these aren’t positive. “I’m so fat”, “I don’t look like that model so I am unlovable”, “I don’t know how to complete this task”, and so on.

What Grinder and Bandler found is these thoughts hinder us from taking inspired action. We get trapped in a barrier of repetitive thoughts that we cannot change unless we make a cognitive effort. It is up to us to weed out the negative thoughts and replace them with encouraging, positive ones. This will help to rewire our brain and what I’ve found is when you feel good, it feels even better to take action towards your goals and dreams.

Practicing the same handful of affirmations multiple times a day for 21 days will create the foundation for change and growth. I like to choose 5-6 affirmations that resonate with my short-term goals and practice them for 30 days. After 14 days I start to release resistance and start accepting the new beliefs I’m affirming to myself. After 21 days my brain starts to recite them on auto-pilot and they come easy to me. By the end of the 30 days I am able to say the affirmations with love and clarity and feel ready to move onto the next set. 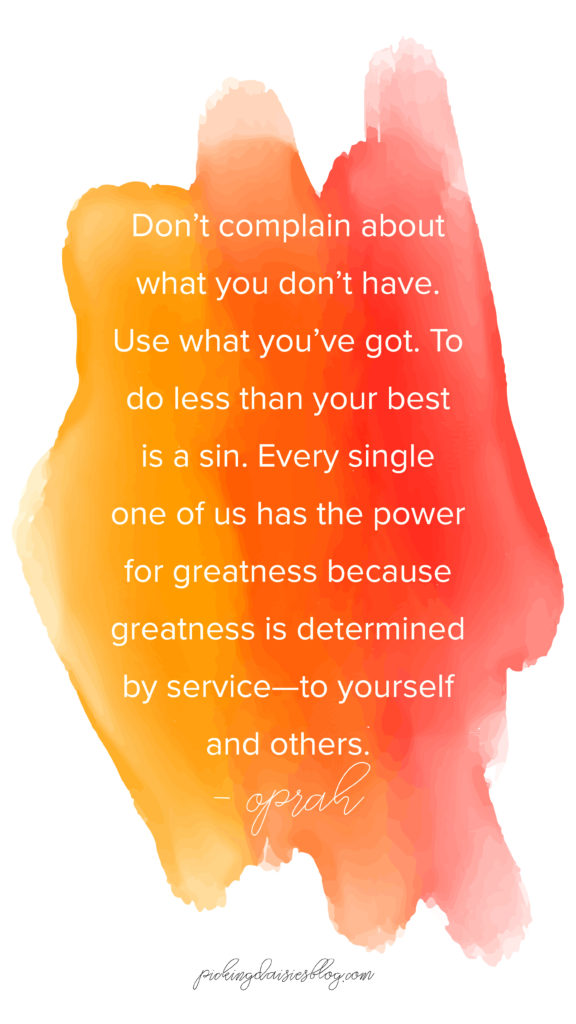 You can absolutely say more affirmations or change them up every day, I just felt it works best to really focus on one or two areas of life or self and give love and attention to it. Just like planting a seed, you need to give it the attention and tools to grow. Tend to your own mental garden.

Speaking of plants, have you heard the rumor that plants actually grow faster, bigger, and stronger when you play happy music and say positive words to them? Well, there is actually some truth behind that statement.

Another study was done by the Royal Horticultural Society. As a group they gave each person a tomato plant receiving the same soil and level of care. The only thing different about each one was that they all had headphones at the base of the pot with different recordings. At the end of the study, the tomato plant that grew two inches taller than the rest was the one listening to the recording of Sara Darwin. She was reading text from On the Origin of Species.

How cool is that?

If plants can respond to positive, loving words and gentle tones, then why can’t we?

Imagine how much we would grow if we stopped harassing ourselves and instead spoke to our inner being with forgiveness and love! 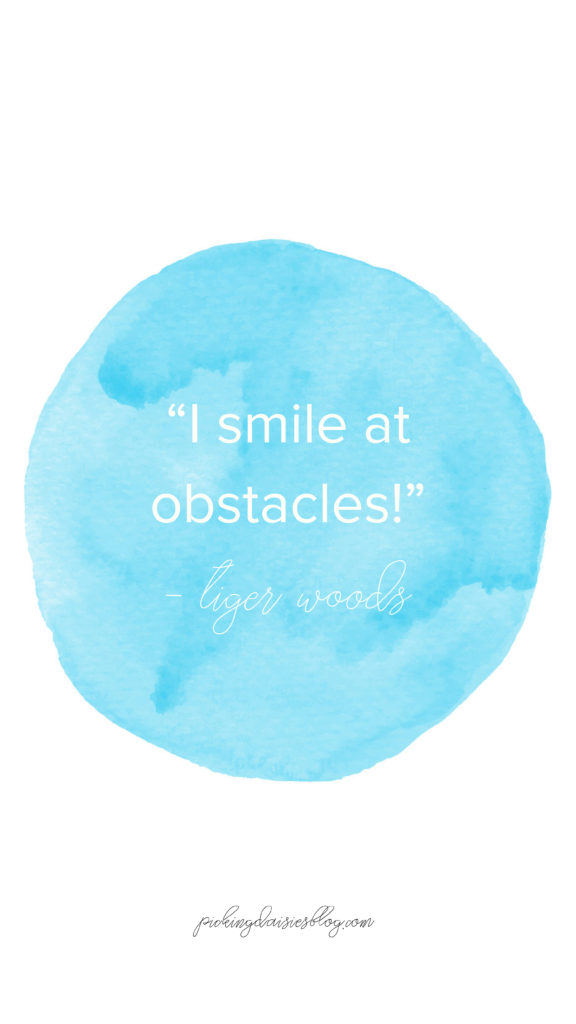 WHY SHOULD WE INCORPORATE AFFIRMATIONS INTO OUR DAILY LIFE?

Why not?! Seriously though, even if you are not a spiritual person, affirmations will have a positive influence in your life. The list of successful people above who attribute their success to affirmations, weren’t spiritual beings. Instead they saw affirmations as a science.

And then for us spiritualists, thoughts create things right? YES! Meaning affirmations help you create those positive thoughts that then create your reality.

No matter who you are, what background you come from, or how little you have; there are a million and one reasons to adopt the habit of daily affirmations.

As Abraham Hicks says, “It is wonderful to come together for the purpose of co-creating.”. Self-growth, abundance, and reaching your highest self is a marathon, not a race. You do not have to go through the journey alone!

Don’t forget to check back Monday for 10 Health Affirmations and tips to start feeling better TODAY.  Also, you can find our favorite affirmations on Pinterest.