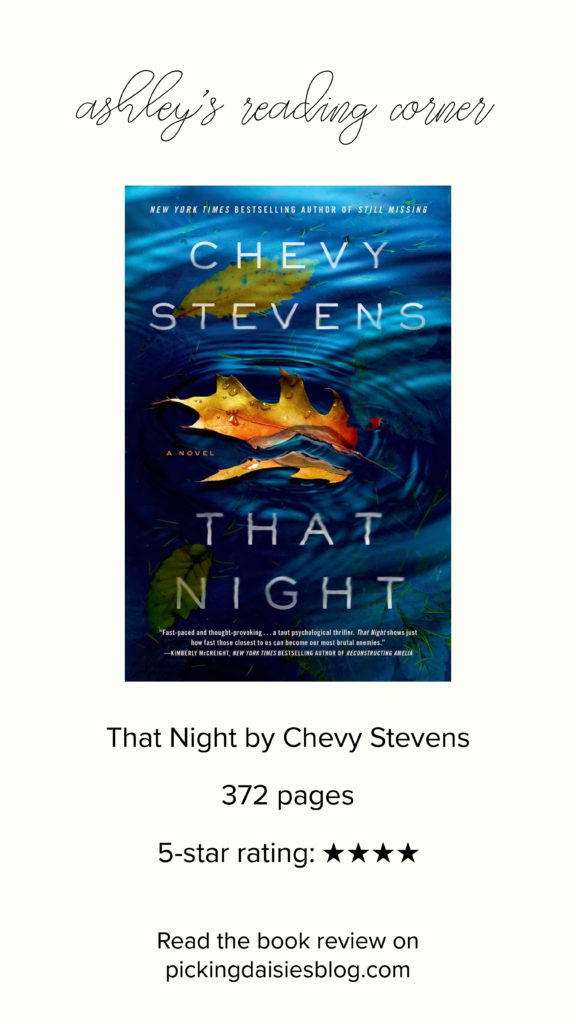 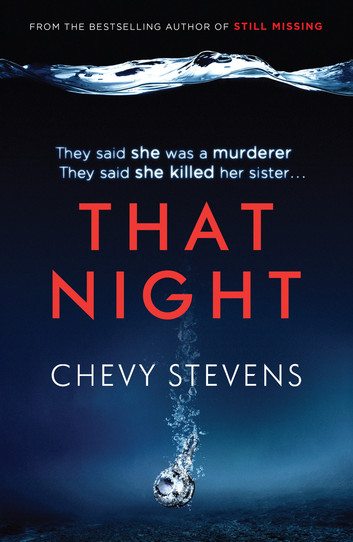 That Night by Chevy Stevens

Toni Murphy was young and in love with her high school boyfriend, Ryan. High school was hard for Toni. She had a group of girls making her life hell, parents that she was at constant odds with, and a sister that her parents adored. Toni and Ryan were looking forward to graduating and planning on moving in together until the night her sister, Nicole, was murdered. Toni and Ryan were arrested and eventually sent to prison.

16 years later they were both released on parole. Hoping to start fresh (even though they couldn’t contact each other), but somebody had something else in mind. Another girl from high school was murdered and Toni was accused of stealing from her job. Toni finally accepted that she would end up in prison once again for crimes that she didn’t commit, but Ryan was determined to find out the truth of what happened that night…

Stevens wrote the chapters in alternating time periods, which I love. The chapters were from when Toni was in high school, in prison, and after she was released. It kept me wanting to read more and find out what happened that night. Toni’s relationship with her sister was relatable and often reminded me of growing up with my two sisters. I liked that Toni and Ryan’s relationship played a big part of the story, but also wasn’t a big focus, which would have taken away from the true story…Toni’s relationships with her family and the girls that made her life hell.

This was my second Chevy Steven’s novel and will not be my last.