This time of the year always makes me reminisce on some of the best memories I have. Not only did we get engaged two years ago, but the Cubs won the World Series after 108 years. Our stories are intertwined.

In the fall of 2016, we were following the Cubs all over California. My husband is a die-hard Chicago Cubs fan and has been met with nothing but heartbreak his entire life. Until October 2016. The Cubs were the hottest team in baseball and for the first time in 108 years, Cubs fans could *almost* taste the victory. In the off chance the Cubs took it all the way and broke a 108-year drought, we weren’t going to miss a second of it. 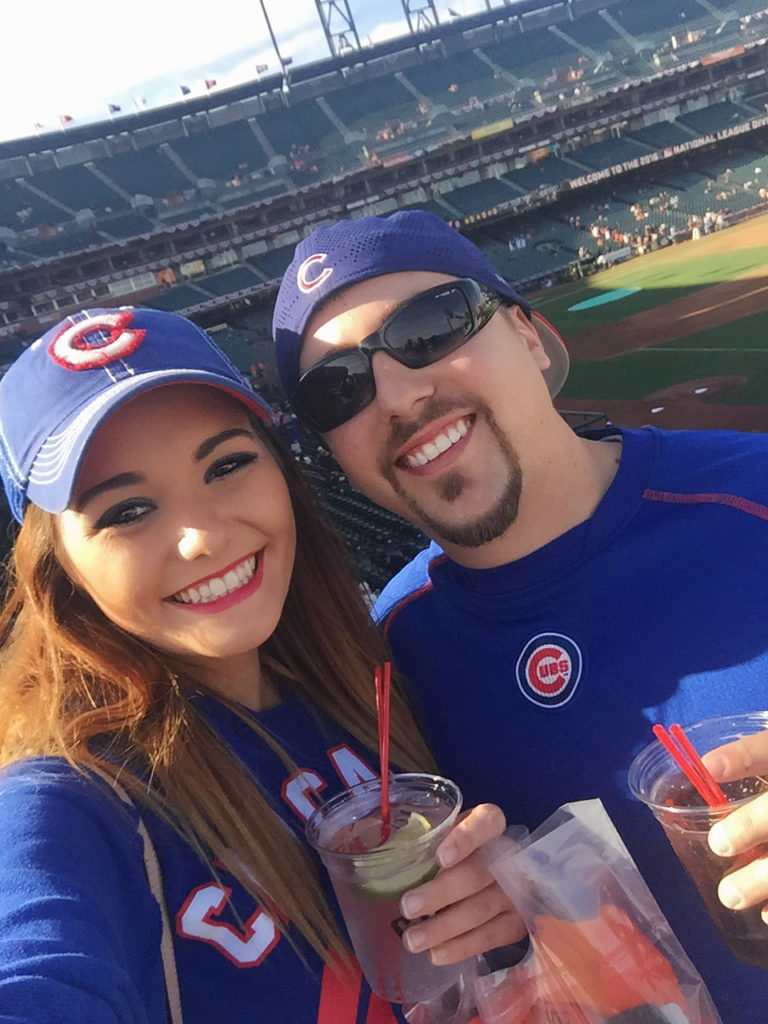 We traveled to San Francisco first for their journey to the World Series. With the Giants having a few runs ahead of the Cubs we gave up hope and left seconds before an epic comeback. Cubs ended up knocking the Giants out of the running and were now on their way to face the Dodgers.

That would be the last time we would ever give up hope again.

Vowing to stick it out and be patient during the next series, we made our way down to the Dodgers only to see the Cubs lose. Still, there were a few more games left in the series and the Cubs were so close to making it to the World Series that Chad held on hope.

After some turn of events and the Cubs winning the series against the Dodgers, we found ourselves booking our flights to Chicago just a few days later. There was no way we were missing history. Even though we couldn’t afford a ticket in Wrigley Stadium (the rooftops were about $2000-$3000 EACH), we made ourselves nice and comfy outside the stadium in Wrigleyville. Being there Game 3 of the World Series surrounded by hundreds of Cubs fans was an unforgettable experience.

-Okay, so you’re probably wondering where I’m going with this. Don’t worry, it’ll all tie together.-

Even though we were met with a loss that night, we did what Cubs fans do best and held on hope. We still had four more games.

Game 4 passes with us witnessing another loss in Chicago for the Cubs and the fans leaving Wrigleyville that night were a little less optimistic.

Tomorrow was game 5 and the Cubs were down 3-1.

The Cleveland Indians just needed to win Game 5 and they would win The 2016 World Series. 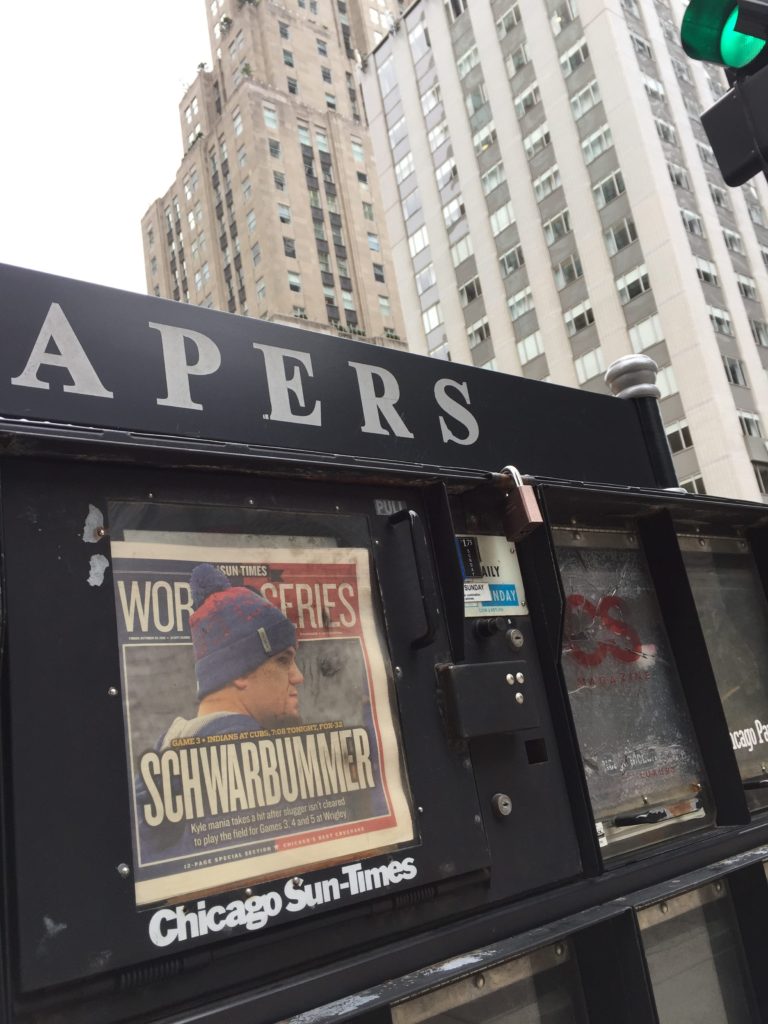 October 30th, 2016. We woke up that morning trying to get our mind off the real reason for our trip to Chicago and decided to go see the city. We booked a river cruise through downtown Chicago and followed it up with the best Italian food we have ever had. We decided no matter what happens tonight, we will still have a great day. Cubs Win The 2016 World Series

After finishing lunch we had a few hours to kill before we needed to go get a spot at a bar in Wrigleyville, and decided to go to the Lincoln Park Zoo.Cubs Win The 2016 World Series

Let me just stop to say- if you are ever in Chicago you HAVE to go to the Lincoln Park Zoo. It is a free Zoo with beautiful, humane exhibits.

Anyways, after a fun afternoon at the Zoo, we were walking in the park right outside it. It was a cooler day and having forgotten for a second about the game, we were wrapped up in each other.

Then a moment happened that changed it all. 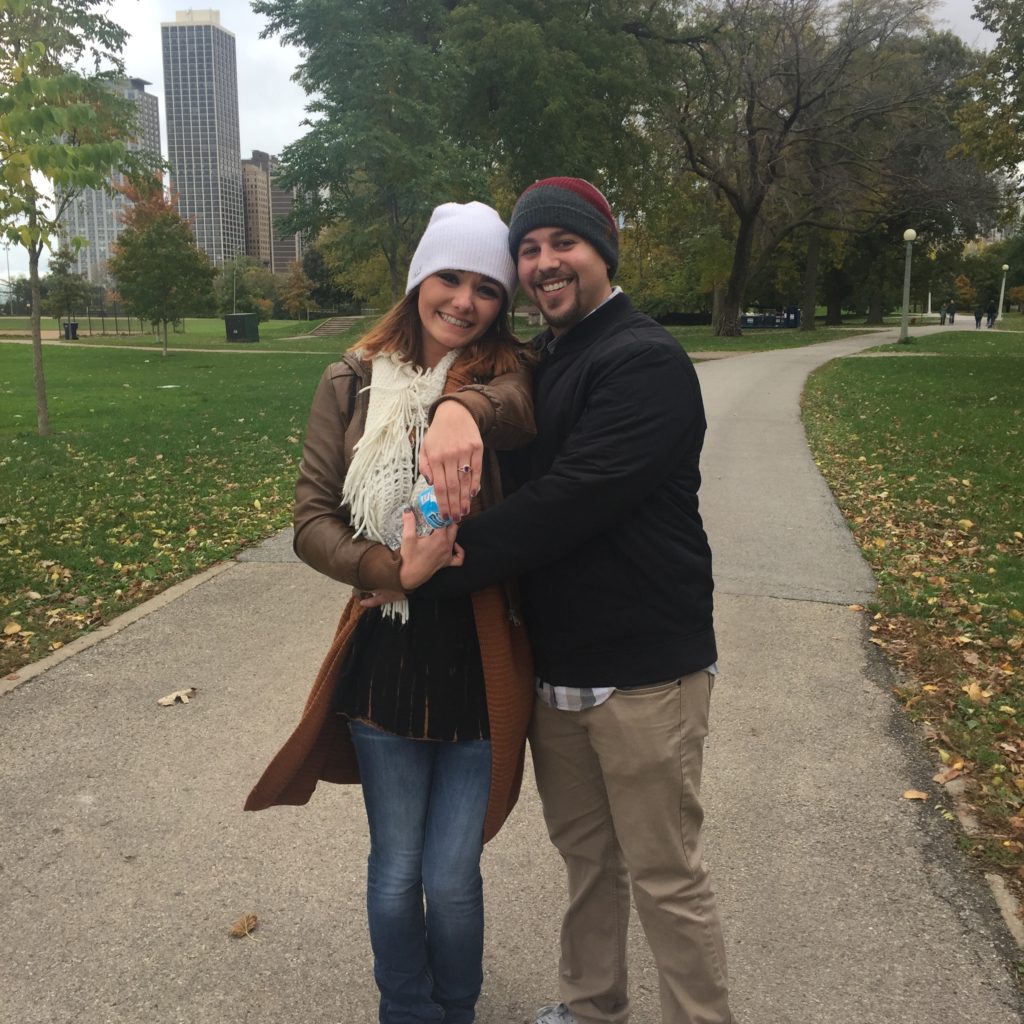 Chad got down on one knee and asked me to be his wife.

I still relive the moment in my head to this day.

I was in total shock. I thought no way in hell would he even have time to get a ring for our impromptu trip let alone be thinking about that during such a stressful time. Getting engaged that weekend was the furthest thing from my mind. And that made for the perfect proposal.Cubs Win The 2016 World Series

High on love and *pretending* to not care about tonight’s game (remember, it was looking like the Indians were going to win and the series was over). We got dressed up and went to White Star in

Downtown Chicago for dinner. Celebrating our engagement, halfway into dinner, we start hearing the entire restaurant yelling. The game was on at the bar and the Cubs just got 3 runs. They were now 2 runs above the Indians but had 5 innings to go.

Trying to stay calm we distracted ourselves with dinner and LOTS of champagne. The 6th inning rolled around and the Indians got a run bringing the score 3-2 Cubs. 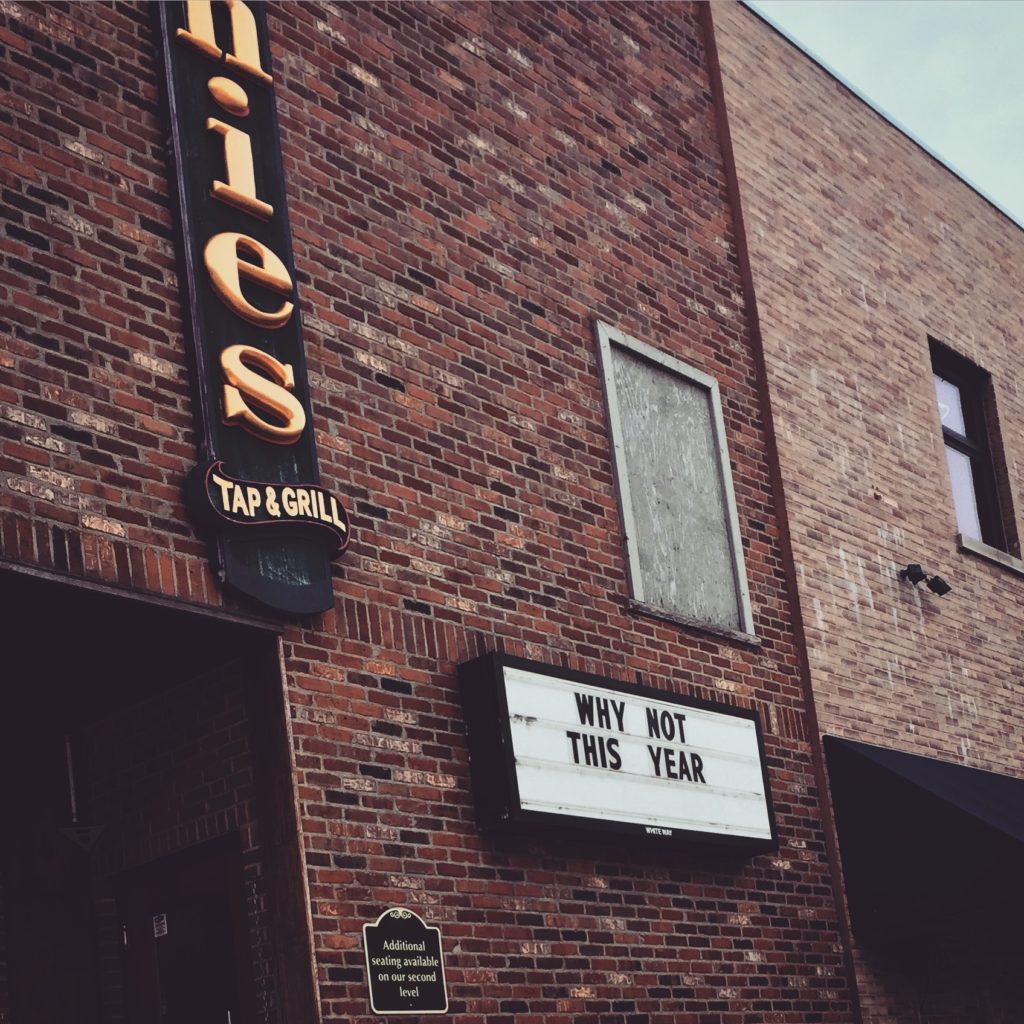 We decided we were going to stick around just in case the Cubs pulled it off and we weren’t missing it in the Uber.

The 9th inning is finally here.

I swear you could hear a pin drop a mile away, all of Chicago was holding their breath the entire at-bat.Cubs Win The 2016 World Series

To everyone’s surprise, the Indians end the 9th inning with no runs.

The day we got engaged, the Cubs won game 5, 3-2. Ironically bringing the series 3-2, Indians. It was not over and the Cubs were only one game down with 2 more in the series.

This was their time to bring a win to Chicago after 108 years.

Well, even if you’re not a sports fan you have probably heard how the rest of the story goes.

Cubs fly back to Cleveland for Game 6 winning 9-3. The Cubs have officially tied up the World Series and the final game 7 was going to be the tiebreaker. 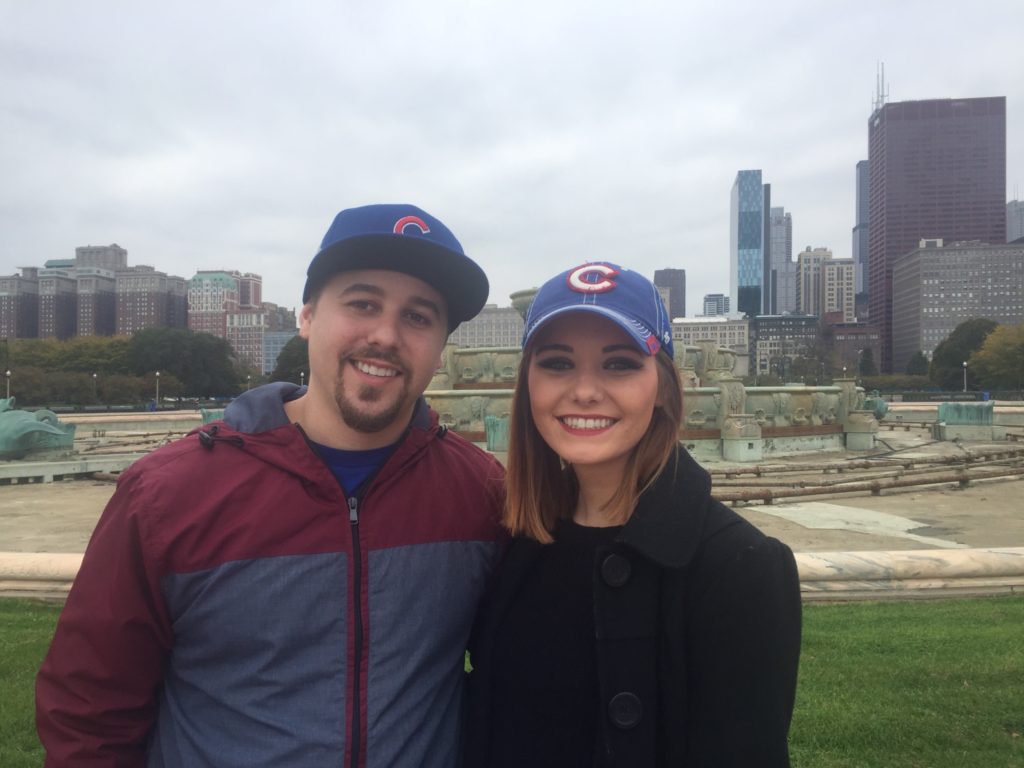 After a dramatic final game, ending in extra innings, the Chicago Cubs won the 2016 World Series.

The joy and happiness my husband felt that night, I don’t think can ever be matched. Our trip to Chicago was the greatest time of our lives and ultimately our love helped the Cubs win the World Series.

We not only got to be a part of history, but our stories will forever be intertwined. Cubs Win The 2016 World Series

Superstitious or not, but something magical happened that late October day in Lincoln Park Zoo.